For the first time the number of existing bilateral APA with the US permit Italy to be included in the Report on APMA Program (Advance Pricing and Mutual Agreement Program).

The relationship between Italy and the US are closer and closer, at least for the respective competent tax authorities. After the signature of the first bilateral APA in 2015 and the first MAP in the first quarter 2017, Italy now joins the club of countries with which the US has the highest number of procedures in place, based on what arises from the APMA Program report published by the IRS on March 2017.

Here below the article written by Francesco Spurio and Paolo Tognolo in Italian language and published on Italia Oggi newspaper, on April 16, 2017. 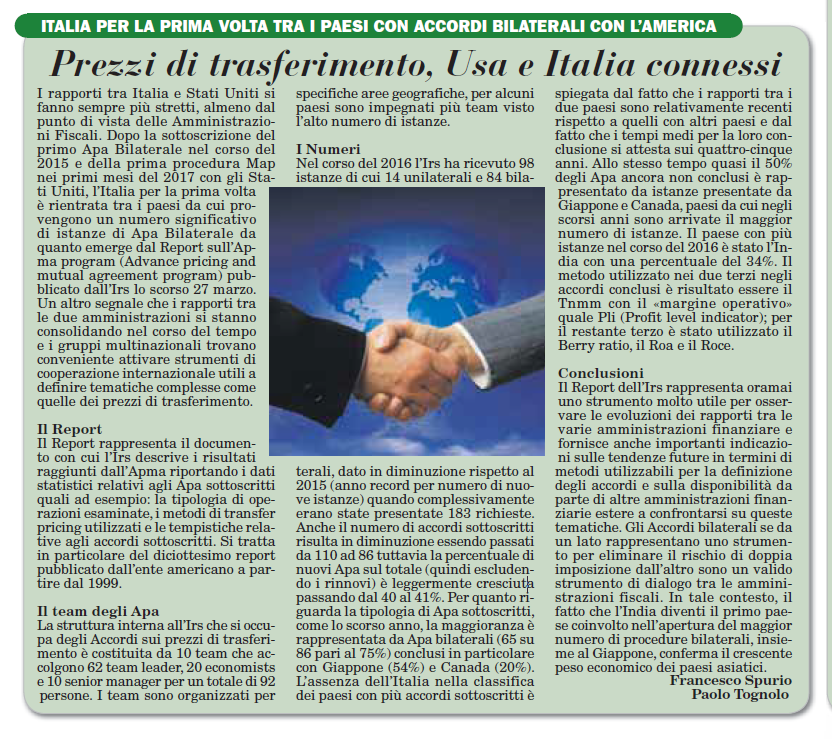