The first two days of 71st IFA (International Fiscal Association) Congress in Rio, ending in few hours, have been focusing on the BEPS working progresses and on the future of Transfer Pricing. The outlined international scenario is getting more complex and uncertain due to the fact that 71 countries subscribed the MLI and, consequently, each bilateral agreement by adopting different implementation alternatives and many objections. Either the countries will be able to better harmonize further their position or there will be a relevant increase in tax assessments, as mentioned in the article published in Italia Oggi journal and written by Paolo Tognolo (who attended the IFA congress in Rio). 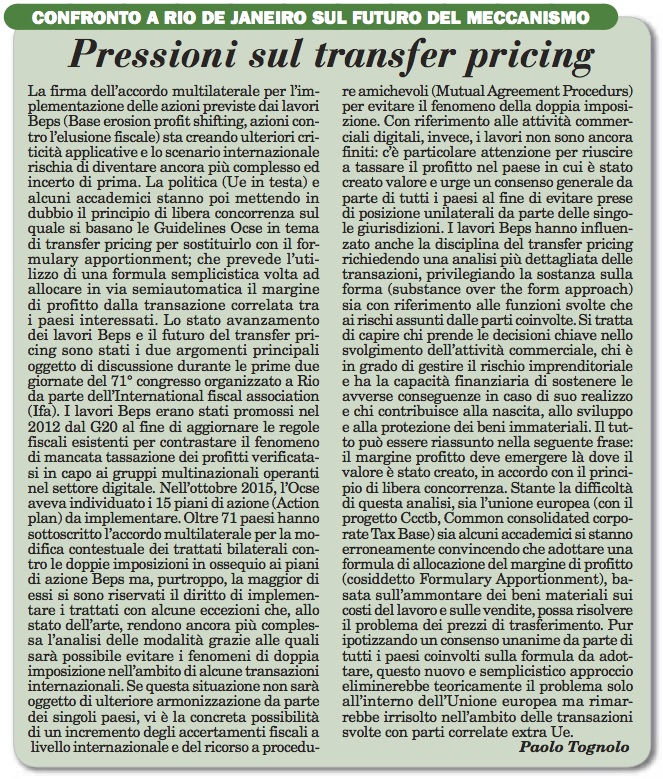